Comprehensible input is everywhere. Even if our language learners would have to travel thousands of miles to meet native speakers face to face, we can still find compelling comprehensible input that will let them experience the target language in use. On the internet, CI is available on a website that presents current events in texts that are modified for various proficiency levels of readers like NewsELA, on a site aimed at young native speakers like 1jour1actu, on YouTube in an amateur vlog about a German teenager’s bedroom, and in many other places as well. The challenge is to figure out what we want learners to be able to do with that input and to make sure that our expectations for output are reasonable and clear as we ask them to make themselves comprehensible.

This post is not about CI in the sense of text or audio content that learners at a certain proficiency level can understand. It is about the way the term CI is now used to refer to approaches and techniques and how exceptionally influential and pervasive the conversation about them have been over the last few years.

The term comprehensible input has been in use in the scholarship on Second Language Acquisition (SLA) since at least the late 1970’s. For a teacher who uses that term now, though, it refers to a specific set of techniques that have their roots in TPRS, founded by Blaine Ray in the late 1980’s, and before that in the work of Stephen Krashen. Krashen’s Monitor Model is taught in every methods and SLA textbook I know, but it has been far more influential among teachers, especially lately, than among SLA researchers.

In many ways I learn as much from my graduate students as they learn from me. One of the advantages of online courses is that their discussions endure in text form where I can go back and read what they write in discussion posts and papers. Virtual meetings are a luxury, but then it is always a pleasure and intriguing to hear them articulate their ideas. What I have been hearing the loudest over the last few years from in-service foreign language teachers around the U.S., who make up the majority of the student and alumni population in the MAFLT Program, is that TPRS has made a comeback and that comprehensible input – not as a concept in SLA but as an approach to language teaching – has taken over the airwaves. I am not going to summarize what TPRS and CI mean in the classroom here. I will get to that. In this post, I just want to point out how widespread and influential the conversation about it is right now.

Many of my students are active in groups that use Twitter as their home base including #langchat, and they have pointed out the many active discussions taking place in Facebook communities. They have attended the annual conference of the International Forum on Language Teaching, which was founded by Stephen Krashen himself and bills itself as a “grassroots” group. This conference not only offers presentations and workshops but actively trains teachers in using comprehensible input approaches.

To give you a sense of the scope here, consider the size of the largest groups: iFLT / NTPRS / CI Teaching was founded in 2009 by Karen Rowan, and it and just passed 10,000 members this year. CI Liftoff, one of Tina Hargaden’s groups, is close to 10,000 also, up 50% from the last time I checked in March. A site called Woology-Sr. Wooly Teachers, devoted to using materials created by “Señor Wooly” himself, is approaching 6000 members. These aren’t page likes, which take one click for a casual visitor – these are members who have actively asked and been approved to join and continue to participate. The entire organization of ACTFL only has 12,500 members!

So where is the conversation at ACTFL? Members can participate in discussion boards that correspond with the SIGs (Special Interest Groups) and include some general topics. Earlier this year, I ran a search in these ACTFL Community forums to see how prevalent the topics of TPRS and comprehensible input (CI) have been, and when the uptick began. It turns out that, as of March 2019, TPRS had appeared 364 times in 99 different discussion threads since 2010. The phrase comprehensible input had appeared 410 times, in 132 different discussion threads, since 2010. Given that CI is actually a concept that has been part of SLA theory for over forty years, many of those instances may not refer to CI as an approach. The abbreviations CI and TCI started appearing in 2014, and together they show up in 294 posts in 92 different threads. We’re talking about over 1000 posts that may have something to do with CI approaches.

If you have been paying any attention to foreign language teachers recently, all this attention to TPRS and CI may come as no surprise. When I was in graduate school, though, not so long ago, I was taught – by professors who have edited some of the most prominent journals in our field – that CI was a construct in the Interaction Hypothesis and that TPRS was an outdated approach comparable to the Silent Way and Desuggestopedia.

Sometimes we were pointed to other methods, such as Task-Based Language Teaching (TBLT). According to TBLT parameters, learners need to do something with the language they are learning, and negotiation of meaning is one of the gold-standard indicators that the activity you are designing is actually communicative and likely to lead to language acquisition. According to the Interaction Hypothesis, which is widely accepted among SLA researchers, negotiation of meaning* is what happens when communication breaks down and learners have to work to repair miscommunication in order to get their message across (Gass, 2003; Long, 1981; Tarone, 1980).

Going back to the ACTFL Community forums, though, the phrase negotiation of meaning only appears 17 times, in 7 discussion threads, out of the 14,000 posts in the ACTFL Community. Most of those were asking specific questions about standards documents. In fact, the verb negotiate shows up all over the NCSSFL-ACTFL Can-Do Statements (actfl.org), which is a direct reference to all that not-so-irrelevant SLA theory. Very few teachers come into my program with confidence that they can design activities that require negotiation for meaning (by any name), but that is not where the compelling conversations are happening out in the field.

There is something appealingly rebellious about taking up TCI. I have heard teachers announce with great pride that they have upended their old ways of teaching: “I threw out the textbook!” and even “I got rid of all the desks in my classroom!” They feel refreshed and energized, I think, and there is no question that teaching can be very difficult and very isolating. Finding any kind of common ground and community that can help us explore options and meet challenges can feel like salvation to some teachers. Those conversations can keep a curious and dedicated teacher from turning into a drained and disengaged teacher who follows the textbook because it’s easier than creating plans and materials every day. They gravitate to TCI because they believe in it, but also precisely because their is a community gathered around it.

At this point the conversations around TCI have begun to get a little heated, though, and some teachers are feeling alienated. I have heard teachers rant in favor of TCI and whisper that they think everyone who doesn’t use TCI is behind the times. I have also heard teachers rant against the growing mass of teachers who identify themselves with and promote TCI, and whisper that they disagree and don’t want to be pushed by their peers to make drastic changes to their techniques. In fact, there is another Facebook group that is actually called CI Fight Club, explicitly for the purpose of allowing “uncensored” debate about what is and is not CI and how to implement it. The growing and lucrative industry around TPRS and CI approaches, from TPRS stories to in-person workshops, has garnered a good bit of attention as well, not all of it positive. I’m told – again by a grad student – that Fluency Matters recently trademarked the term “comprehension-based.” Are they going to sue teachers – and faculty – who have been using that term for years? The fallout from that remains to be seen.

My Methods course has evolved a good bit in response to what teachers have been asking and explaining in our internal discussion forums. It takes an entire Methods course, if not an entire 30-credit program, to really make those connections, consider implications, and put these approaches in context with everything else that is possible in FLT. The question of what TCI actually involves and how it compares to other approaches exceeds the scope of what I set out to do here, but I will give it a shot in another post. If CI is everywhere, then it certainly warrants a few hundred words here!

* By the way, the official term is actually negotiation for meaning, which doesn’t appear in the forum posts at all. 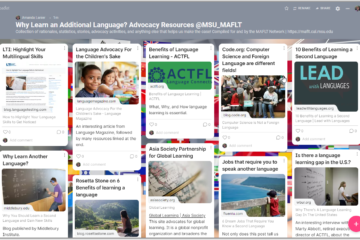 Why learn a world language? Advocacy Resources @MSU_MAFLT Also published on the MAFLT blog: https://maflt.cal.msu.edu/program-news. Advocacy has been a prevalent theme for world language teachers and programs in the U.S. recently. Teachers are overworked, programs Read more… 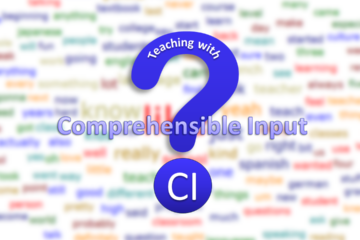 What is CI, and What is the Opposite of Comprehensible Input?

The phrase “comprehensible input” has a lot of buzz among world language teachers - but what does CI really mean, and what does it mean to teach with CI? 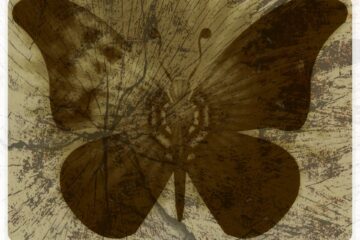 The Spider and the Butterfly

This perspective on remote learning and teaching may sound strange at first, but bear with me.